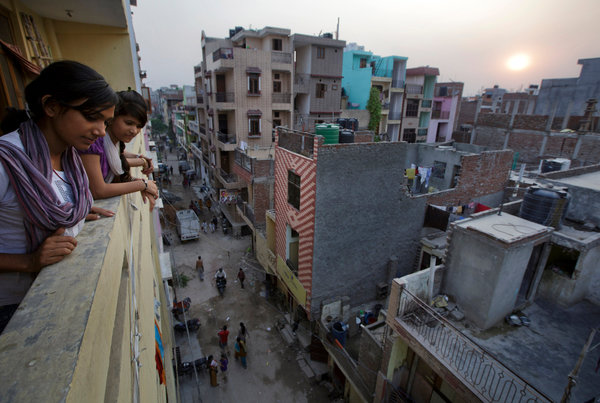 You might say this was System D Sunday in The New York Times.

Progressive young architects and planners may be needed here, but there are a few starting to demand the right things, talking not about demolishing informal areas but about learning from those neighborhoods, seeing them as resources and solutions — collaborating with residents, tinkering with construction methods and materials to allow for more light and air in apartments, wider streets to accommodate emergency vehicles. These forward-thinking Egyptians view the neighborhoods not as endless slums but complex cities in themselves, home to entrepreneurs, government officials and many young educated Cairenes; and they recognize that the future of Cairo will require grass-roots organization.

Kimmelman explains how the residents of Ard El Lewa, fed up with government inaction, built their own highway interchange and then invite the police to open an outpost there. Talk about savvy self-builders.

As the architect/planner Omar Nagati put it, two years on from the demonstrations that brought about regime change in Egypt, “We had much bigger dreams two years ago, and we are all disillusioned and demoralized now. But there’s still an opportunity to set the terms for a new city, even if the efforts may have to be small scale and guerrilla style for the moment"

A few pages on, another article revels in the new self-built neighborhoods of New Delhi. Money quote:


Sheila Dixit, the chief minister of Delhi, the state that includes the national capital, New Delhi, has promised what amounts to an election-year urban amnesty program. She has pledged that scores of unauthorized colonies ... will be granted legal status — which could lead to new or improved sewer lines, electrical and water connections, and better roads — a change that could move residents closer to modern standards of living.

But residents remain wary of the political olive branch, fearing that they will simply be used for their votes and then all the rosy promises jettisoned once the election is over.


Tapan Kumar Chowdhury, 62, a retiree now working as an activist in the [currently illegal New Ashok Nagar] colony, said legalized status would be likely to improve sanitation and local health standards through installation of a true sewage system. But he remained skeptical about whether the election-year promises would be carried out, noting that politicians preferred to keep colonies vulnerable so that residents remained more beholden to them for even incremental improvements. “They have a vested interest in keeping us illegal and unauthorized,” he said, “so they can use us as a vote bank.”

It's encouraging to see a major newspaper covering the incredible energy coming from the bottom up as a phenomenon with great potential for urban development. As I have long said, squatters and street entrepreneurs are developing the cities of the future.
Posted by rn at 3:45 PM No comments: