from illegal to legal in a legislative snap 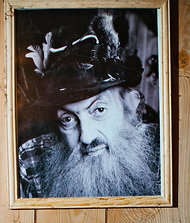 A new Tennessee law made law has made the techniques used by many moonshiners legal. As The New York Times reports, for decades, Marvin "Popcorn" Sutton made some of the finest home-made whiskey in the U.S. And for his pains he was prosecuted by the FEDs as a bootlegger. Though he took his own life rather than serve an 18-month stint in the slammer, his recipe lives on, because he sold it to a friend. And, with the coming of a new law last October, Popcorn's whiskey is now being produced legally in Nashville.

Aside from being a tragedy, the story of Popcorn's whiskey illustrates the porous film that separates the informal economy and the legal world. The definition is changed by loosening social morays and the government's need for new sources of tax revenues.
Posted by rn at 6:41 PM

I think it is fair to say that some insider crony friend of the politicians who made this legal will benefit.

Sad to hear about Popcorn. The Feds are just an enforement mechanism for the insiders that run the cartel making whiskey.