no beggar's banquet in Paris 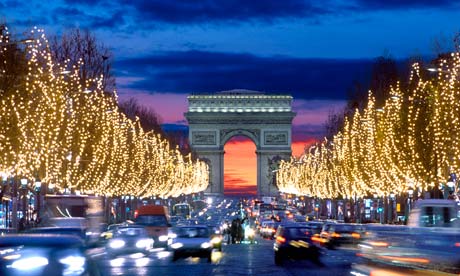 French President Nicholas Sarkozy has decided to push beggars out of many fancy parts of Paris, the Guardian reports.

Sarkozy's interior minister and long-time right-hand man, Claude Guéant, has issued a series of decrees banning begging around Paris's most popular Christmas shopping and tourist spots. So now the Champs Elysées, and the areas around the Galeries Lafayette and Printemps department stores, and the Louvre and Tuileries Gardens, are off-limits to panhandlers.

Many of the 300 beggars who have been cited in court are Romanian, and, the Guardian notes, Guéant has hired 33 Romanian police officers to help the Paris force muscle the mendicants off the Champs Elyssés.

Begging may not be entrepreneurial behavior, but beggars do deserve to be treated with dignity. With this Marie Antoinette-style move, Sarkozy seems to be saying that it's a crime to be poor, desperate, and foreign-born.
Posted by rn at 10:39 AM