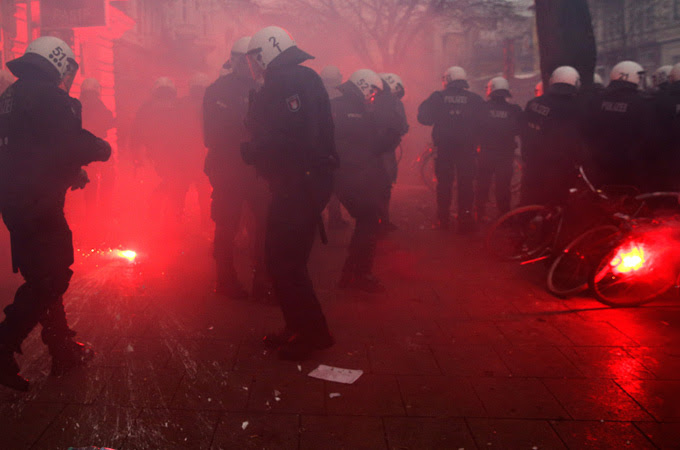 It's amazingly two-faced. Western democracies are outraged when authorities claimp down on freedom of assembly and expression in places like Tahrir Square, but engage in military-style repressive clamp-downs on their home turf.
Posted by rn at 6:49 AM